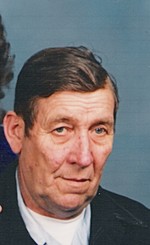 The funeral services for Alfred (Dudley) LaVerne Moltzan, 82, Frazee, MN, will be held Friday, May 22, 2009, 11 a.m., at Bethlehem Lutheran Church in Frazee, MN with Reverend William Aufdenkamp officiating. Burial will follow the service at Bethlehem Lutheran Cemetery in Frazee. Visitation is scheduled for Thursday, May 21, 2009, at Furey Funeral Home in Frazee from 4-8 p.m., with a prayer service at 8 p.m., and also one hour prior to the service at the church on Friday. Alfred died Monday, May 18, 2009, at Emmanuel Nursing Home in Detroit Lakes.

Alfred (Dudley) LaVerne Moltzan was born April 18, 1927, to Martin and Bertha (Kading) Moltzan at their home near Vergas, MN. He grew up and attended country school in Vergas and worked various jobs around the Vergas area. On October 31, 1950, he was united in marriage to Betty Rusch at the Vergas parsonage. Alfred worked for Gigstead's Mink Ranch and later they moved to Pelican Rapids, MN where he worked for Flatin's Mink Ranch for many years. In 1971, they moved to Frazee where he worked for Ketter's Meats until he retired in 1988.

Preceding him in death were his parents; brothers, Henry, Martin and William Moltzan and Rudy Wischnak; and daughter-in-law Laurie Moltzan.

To order memorial trees or send flowers to the family in memory of Alfred Moltzan, please visit our flower store.