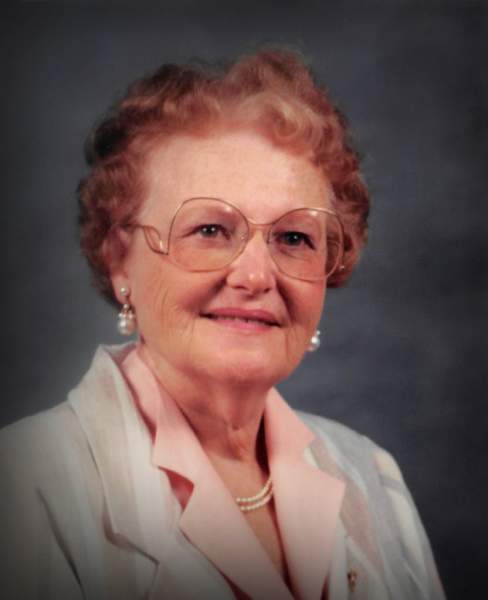 Anna Mae (Gibbons) Nelson was born in Jamestown, ND, August 18, 1920, and lived in Nortonville, ND, until 1927, when the family moved near Frazee. Anna Mae attended country school until the eighth grade, then attended Frazee High School graduating in 1938. After graduation, she worked as the secretary for the school principal.

June 15, 1940, she married Lawrence Raymond Nelson of Frazee. Later, they moved into their own home which they built. They had two children: John Lawrence and Sharon Anne.

Anna Mae worked in the Frazee Turkey Plant, Krause’s Grocery Store, Our Own Hardware, and later the Star Drug Store. After retirement, she worked part-time as receptionist at the Furey Funeral Home.

Anna Mae was a member of Baptist Church until closing and then became a member of the Community Alliance Church in Detroit Lakes. Quilting was one of Anna Mae’s passions, winning many blue ribbons and grand champions. The foster children, the crisis center and mission were blessed by her many quilts.

Anna Mae was a member of the Lakeside Cemetery Association and Treasurer for fifteen years. She lived in her home for 72 years before moving to assisted living at the Frazee Care Center.

Click to download / open
To order memorial trees or send flowers to the family in memory of Anna Nelson, please visit our flower store.
Open