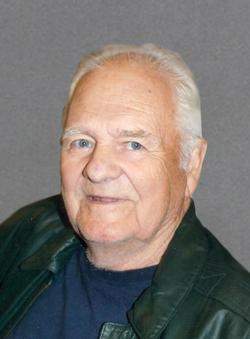 Arnold Howard Bennett was born December 27, 1934, in Frazee, MN. He was the eldest of 2 sons born to Howard and Bertha (Lange) Bennett. He grew up in rural Frazee where he attended country school. He met Mary Moe at her families' business, on Rose Lake, that is currently known as Spanky's Stone Hearth supper club. The couple married February 20, 1955, at St. John's Lutheran Church in Vergas. The couple built their home near Vergas where they raised 5 children: Jerry, Larry, Terry, Gary and Mary.

Arnold did contract work for Otter Tail County for many years. He raised silver fox and together with his wife, ran their bait business, Benny's Bait. Arnold was an avid outdoorsman and enjoyed trapping, hunting, and fishing. He enjoyed several fishing trips to Canada. Arnold made his way to the Loon's Nest nearly every morning for coffee and conversation with friends. The couple's home was a place where many would stop by to visit.

To order memorial trees or send flowers to the family in memory of Arnold Bennett, please visit our flower store.