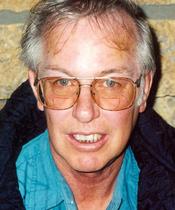 Bernard "Bernie" Shore, age 70, of Frazee, MN, passed away at his home Sunday, September 15, 2013, under the Care of Red River Valley Hospice.

Bernie was born September 21, 1942, in Wadena, MN, the 9th of 10 children born to Ora and Matilda Shore. Bernie grew up and attended school in Menahga. At the age of 15, Bernie made his way to Lisbon, SD, where he worked on a farm until enlisting in the United States Army in 1963. During his enlistment, he proudly served in Germany and was honorably discharged in 1965. He was joined in Germany, by his wife, Pat Benham. The couple was married February 8, 1963. The couple was blessed with 3 sons and a daughter.

Following his honorable discharge, Bernie worked as a machinist in Minneapolis, MN, until moving to Frazee in 1985, where he worked for Daggett Truck Line. Following his retirement, he worked part-time at BTD.

When he was not busy with work, Bernie enjoyed the outdoors; fishing, hunting and family camping trips. During his later years, he enjoyed the time he could spend with his family and grandchildren. Bernie will be remembered for his kind spirit and warm heart. He was a man that would give you the shirt off of his back if you needed it.

Bernie is survived by his wife, Pat Shore of Frazee; 3 sons: Richard of Detroit Lakes, Douglas (Pam) of Frazee and Timothy of Frazee; 1 daughter, Rhonda Stickney of Ottertail, MN; 14 grandchildren; 5 great grandchildren; his dog, Pugsley; 7 siblings; many nieces, nephews and cousins; along with many other family members and friends.

He was preceded in death by his parents; and 2 brothers.

To order memorial trees or send flowers to the family in memory of Bernard Shore, please visit our flower store.