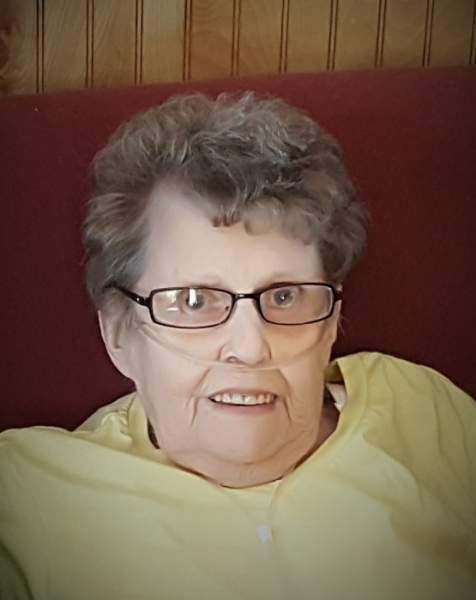 Beverly Jean Holmer was born August 21, 1935 in Chicago, Illinois the daughter of George and Clara (Bliss) Baumbach. She passed away Tuesday, April 24, 2018 in Frazee, Minnesota.

She was baptized and confirmed in the Lutheran faith and grew up attending school in Downers Grove, Illinois. Beverly and her family enjoyed spending summers at Beverly Hills Resort in Dent, Minnesota.

Beverly was united in marriage to Warren McCollum in 1952, to this union five children were born. In 1965, she returned to school and graduated from Frazee High School with the class of 1966, an accomplishment she was very proud of.

On April 14, 1967, Beverly was united in marriage to Vernon ‘Duane’ Holmer in the chapel at the First Lutheran Church in Detroit Lakes. To this union two children were born. They made their home in Frazee where she cared for the house as a devoted homemaker and mother.

Beverly enjoyed reading with a big bowl of popcorn in bed, bowling, bird watching, her favorite birds were the Yellow Finches. She cherished spending time with her family and dog, Zoey. Bev taught Sunday school and was an honorary member of LWML. She worked at Palace Café, All-n-All, and Kenny’s Candy.

She was preceded in death by her parents, George and Clara; brothers: Rolland, Bertrum, and Robert Baumbach; grandson: Michael, daughter–in-law: Becky; sister-in-law’s: Joann and Lisa; and a niece: Julie.

To order memorial trees or send flowers to the family in memory of Beverly Holmer, please visit our flower store.
Open