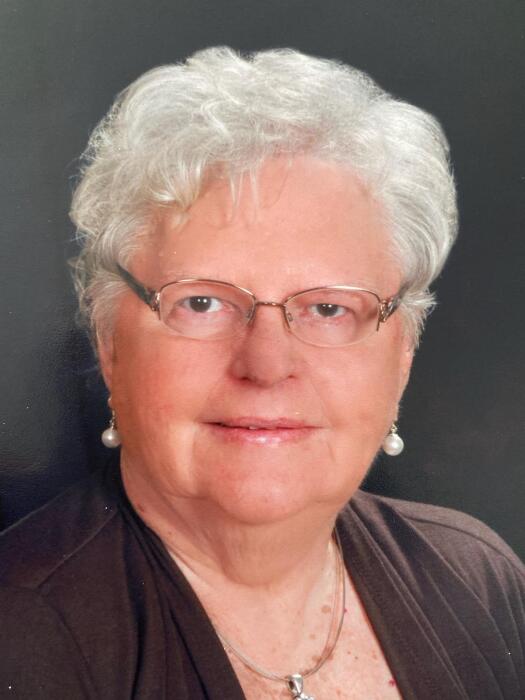 Bonnie Ann Etta Iten was born on June 15, 1941 the daughter of George and Sylvia (Karppinen) Iten in Frazee, MN. She attended country school and then Frazee High School, graduating as part of the class of 1959. She then went on to further her education at the business school in Detroit Lakes. She met the love of her life at the local dance hall in the Toad Lake area; his name was James Wallace and they were united in marriage on February 17, 1962 at Sacred Heart Catholic Church in Frazee, MN. They were blessed with four children and made their home in Erie Township.

Bonnie wore many different hats; she was a mother, wife and homemaker, she liked working as a bookkeeper for Dr. Reaver, she worked for Bergen’s Greenhouse because she loved flowers, and many other jobs that she did over the course of her life. She was an avid hobby farmer, gardener, and she canned a lot of the food she grew. She loved being connected with her family and friends, either by using a phone or being in person with a cup of coffee or tea. She liked to collect things like teacups and cookbooks. She had her “to do” bag to take with her so that she would have something to work on wherever she went.

She was a member of the Lady Birds the homemaker group, a member of the Christian Mothers, and she was a part of 4H and Burlington Cubs locally. She had a wonderful faith in God and her strong faith got her through every struggle in her life, especially surviving five different cancers.

Bonnie was preceded in death by her husband of 56 years, James (2018) though she missed him every day for the last two years; her parents George and Sylvia Iten; her sister Gwenn (Jim) Stomberg and other extended family.

To order memorial trees or send flowers to the family in memory of Bonnie Wallace, please visit our flower store.

Recitation of the Rosary