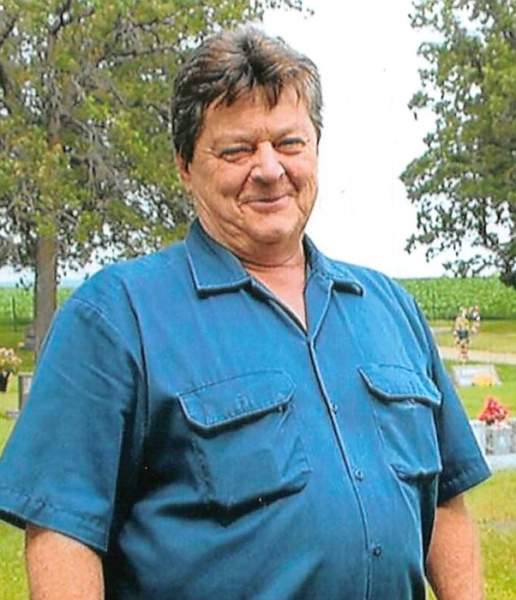 Bruce Allen Riebe was born March 9, 1958 in Perham, Minnesota, the son of Eugene and Elaine (Jenson) Riebe. He passed away Monday, September 30, 2019, at his home in Frazee.

He was baptized at Bethlehem Lutheran Church and attended school in Frazee. Bruce taught himself to play guitar at age 11, and later with his love of music formed the country band the Country Travelers with his sister: Joanne, and friends: Pat Fink, and Gary Hannebuth.

On July 8, 1990, he was united in marriage to Linda Peterson at Bethlehem Lutheran Church, Frazee, Mn. They made their home in Frazee. Bruce drove truck for various companies, hauling lumber, hot mix, and concrete. He was always known to go the extra mile to help contractors.

Bruce enjoyed spending time with family, friends and was very proud of  his children and grandchildren. He would often reminisce about his days in golden glove boxing. He had a passion for fishing and enjoyed building fish houses. Bruce’s latest venture was cleaning headstones at cemeteries, a job he found very calming and took great pride in.

Bruce was preceded in death by his parents: Eugene and Elaine Riebe; and his brother: Kenneth Riebe.

Memorial service will be 11:00 AM Saturday, October 5, 2019 at Bethlehem Lutheran Church in Frazee, Minnesota. Visitation will be for one hour prior to the service at the church.  Interment will be held at a later date at Scrambler Cemetery, Pelican Rapids, Minnesota.  www.FureyFH.com

To order memorial trees or send flowers to the family in memory of Bruce Riebe, please visit our flower store.
Open