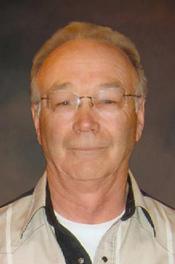 Funeral services will be held 11 a.m., Friday, December 20, 2013, at Bethlehem Lutheran Church in Frazee. Burial will take place at Lakeside Cemetery in Frazee. Visitation will be held 5-8 p.m., Thursday, December 19, 2013, at Furey Funeral Home in Frazee with a prayer service to take place at 6 p.m. Visitation will continue one hour prior to the service at the church on Friday.

Bruce was born September 20, 1948, in Redwood Falls, MN to Johann and Ruth (Block) Tjaden. He grew up with 15 siblings. The family made their home in Morton, MN, for a time, then moved around due to his father's construction job. Bruce graduated from high school in Willmar, MN in 1967. He moved to Detroit Lakes in 1970 and worked for Swift Company until 1975. He then went to work for Snappy Sheet Metal where he worked for 34 years, retiring following losing a lung to lung cancer in 2006.

Bruce enjoyed playing and singing music, dancing, deer hunting, and for his whole life, had a love for horses. Following his retirement, Bruce built a street rod 1949 pickup, his "Cowboy Cadillac" which was his pride and joy. Bruce also enjoyed the time he spent with his children and grandchildren.

Preceding Bruce in death were his parents; 4 brothers and 1 sister.

To order memorial trees or send flowers to the family in memory of Bruce Tjaden, please visit our flower store.