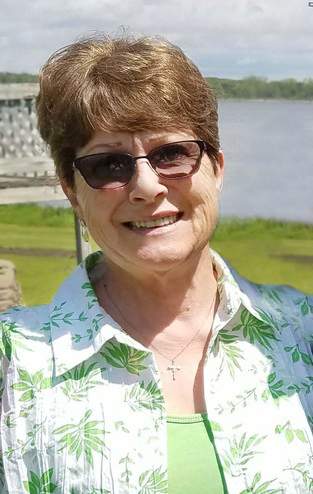 A celebration of life will be held 11 AM, Saturday, December 9, 2017, at the Perham United Methodist Church.  Family and friends are invited to gather one hour prior to the service at the church on Saturday.

Carol was born March 23, 1942, in Beecher, IL, to Albert and Alvina (Bunte) Boicken. Carol grew up in Beecher where she attended school.  Carol was united in marriage to Lee Bade October 12, 1963.  Two children were born to the couple, Randy and Tina.  The couple lived on a farm in Momence, IL, and in 1971, moved to Minnesota where they farmed for more than 20 years.  Carol worked at Barrel of Fun and the Emmanuel Nursing Home for several years. Many memories were made at the family cabin on Rush Lake where Carol loved spending time with her children.  The family enjoyed water skiing, fishing, grilling, pontoon rides and “surfing”.

Carol loved spending time tending both vegetable and flower gardens, and canned the produce she picked each season.  She enjoyed cooking and preparing meals for her family. Carol liked to spend time outdoors, watching the birds and squirrels that frequented her yard.

Carol was a very active member of the Perham United Methodist Church where she sang in the church choir for many years.

Carol also liked to put together puzzles and play card games with her family, and was an expert “trick” player.  Carol and Lee were also members of the snowmobile club and bowling league for several years.

To order memorial trees or send flowers to the family in memory of Carol Bade, please visit our flower store.