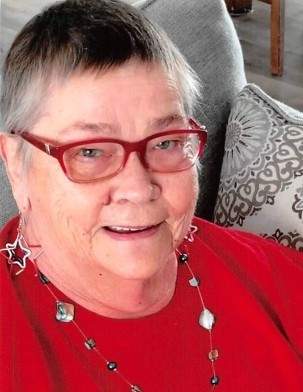 Carrol Wood was born August 7, 1941 in Moorhead, Minnesota, the daughter of Joseph and Mazie (Sworthout) Hanson. She passed away December 7, 2019 at Ecumen – Emmanuel Nursing Home in Detroit Lakes surrounded by her family.

She grew up and attended school in Jennings Lodge, Oregon and moved to Minnesota to start a family. On December 2, 1967, Carrol was united in marriage to Jack Wood in Onamia and they made their home in Milaca. The family moved to Frazee and Carrol began working at Breezy Shores Resort in Detroit Lakes.

Carrol was a loving mother and devoted wife that enjoyed playing bingo, playing cards, traveling and always enjoyed Christmas; a time when she could have all her children in one place at the same time.

Carrol was preceded in death by her husband, Jack and her parents, Joseph and Mazie.

Memorial services will be 11:00AM, Thursday, December 12, 2019 at Furey Funeral Home in Frazee, Minnesota.

Arrangements are with the Furey Funeral Home of Frazee.

To order memorial trees or send flowers to the family in memory of Carrol Wood, please visit our flower store.
Open