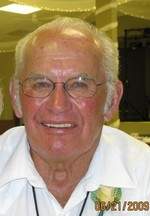 Cecil Poss, age 79, of Vergas, MN, passed away on Christmas Day, December 25, 2009, at the Doctors Hospital at Renaissance in Edinburg, TX, only 15 days after being diagnosed with a cancerous brain tumor.

Cecil was born to Herman and Adeline (Bunkowski) Poss on July 21, 1930, in Pelican Rapids, MN. He took over the family farm and served in the Korean War from 1951-1953, at which time he continued farming. He married Janice Sonnenberg on December 3, 1955 and they continued dairy farming until 1973, they later sold the farm and moved to Lake Lizzie and developed lake property and grain farmed on the side. In 1995 he and Kenny Lyden formed a partnership and developed lake property on Lakes Crystal and Franklin. They started traveling in 1974, and 12 years ago bought a place in Mission, TX where they spent the winter months.
Cecil was a past member on the Dunn Town Board, St. Paul's Lutheran Church Board, Farmers Elevator Board of Pelican Rapids, Park Region Co-op Board of Pelican Rapids, Vergas Investment Club, Vergas Lions Club, American Legion Club, and life-time member of VFW.

He is preceded in death by his parents and his only son, Jerry.

Furey Funeral Home is assisting the family with arrangements.

To order memorial trees or send flowers to the family in memory of Cecil Poss, please visit our flower store.