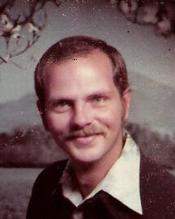 Charles Eugene Fonseth was born September 24, 1949 in Scott City, KS to John H. and Emma L (Ward) Fonseth. He was raised and educated in Marion, IN and later moved to Chicago, IL. Charles worked at local production plants and also did male modeling for different agencies. In the mid 1970's he moved to Phoenix, AZ and was employed installing sprinkler systems throughout the Phoenix area. He later took a job as a security guard and continued working for 10 years until his health failed. Charles moved back to Chicago to be closer to his daughter and later moved to Frazee to be with his nephew Bill.

To order memorial trees or send flowers to the family in memory of Charles Fonseth, please visit our flower store.