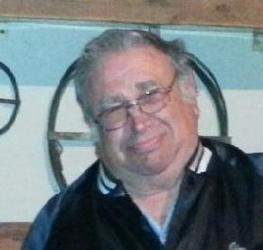 Clifton Rott was born in Ashley, ND August 9th, 1935 to Samuel and Hulda Rott. He grew up in West Fargo with 4 siblings. Elta Tweed, Howard Rott, Melvin Rott and Delmer Rott. He met Shirley Braaten when he was 16 and she was 13, they later married July 2nd, 1955 and were married for 59 years. In those years they raised 5 children.

He worked for G&M Lathing for many years and upon his retirement they moved to the lakes area, where he enjoyed collecting treasures and fishing with the kids. He is survived by 3 sons: Clifford (Vicky), Jerry (Laura), Randy (Rita), two daughters: sherry (Jeff) and Susan. Nine Grandchildren: Brianna, Brandon, Lisa, Chad, Stacy, Jamie, Christi, Sarah & Kyle; and Eight Great Grandchildren; also 1 surviving brother Delmer(Cruz) in AZ and one sister Elta Tweed in Seattle, WA and sister-in-law Lois Rott in Long Beach, CA and many nieces and nephews. He was preceded in death by his parents and 2 brothers Howard and Melvin. He will be greatly missed by his family and friends.

To order memorial trees or send flowers to the family in memory of Clifton Rott, please visit our flower store.