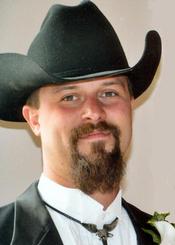 Darin was born April 1, 1983, in Perham, MN, to George and Diane Rux. He was the youngest of 5 siblings. Darin grew up and attended school in Perham. Following his schooling, he worked various jobs in the Perham area. His life was blessed with a daughter, Miranda.

In 2006, Darin met Misty Beckwith. The couple was married April 18, 2009. Darin was a great Dad to Emily and Jordan and loved spending time with them. He actively supported their many activities and was truly a family guy.

Darin loved to fish, hunt and garden and spend time caring for his dog, Hope. Darin and family also enjoyed camping trips and riding the 4-wheeler.

He had a great sense of humor and loved to make people laugh, no matter the situation.

He will be greatly missed by all who knew him.

To order memorial trees or send flowers to the family in memory of Darin Rux, please visit our flower store.