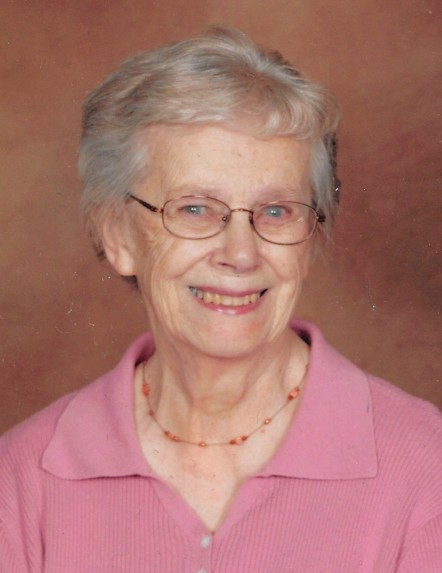 She grew up near Pelican Rapids and attended country school. Darlene graduated from Pelican Rapids High School and continued her education at The New York Hairstyling Academy in Fargo. She worked as a beautician in Fergus Falls, Pelican Rapids, and Dent.

Darlene was united in marriage to LeRoy Ebersviller at the church parsonage in Pelican Rapids. They lived at Camp McCoy in Wisconsin and in Indiana before returning to Minnesota to make their home near Vergas. Darlene and LeRoy raised their family on the family farm as she cared for the family and home.

She was a 4-H leader during the kids’ younger years and was active in St. John’s Lutheran Church, Ottertail Historical Society, and the American Legion Auxiliary. Darlene enjoyed reading, quilting, puzzles, interacting with family on Facebook, watching the Minnesota Twins, and traveling. She also enjoyed being active in her children’s, grandchildren’s, and great-grandchildren’s lives.

She was preceded in death by her parents Elmer and Inga Moberg, husband LeRoy Ebersviller in 1997, son Donald Ebersviller in 2003; brothers Claude, Bud, Myron, Bill Moberg; and a sister in infancy.

To order memorial trees or send flowers to the family in memory of Darlene Ebersviller, please visit our flower store.