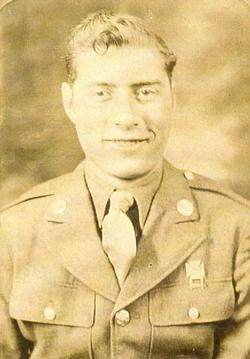 
Funeral services will be held 11:00 a.m., Wednesday, April 9, 2014, at Frazee United Methodist Church with Pastor Ray Sherwood officiating. Burial will be made at Lakeside Cemetery in Frazee. Lunch will be served at the church following the service to all to attend. Visitation will be held 4-8 p.m., Tuesday, April 8, 2014, at Furey Funeral Home in Frazee with a prayer service to take place at 7:15 p.m. Furey Funeral Home, Frazee is assisting the family with funeral arrangements. To leave online condolences, please visit www.fureyfh.com.


He was born October 2, 1917 in Silver Leaf Township, Becker County, MN to Charles and Minnie (Rehberg) Dumbeck. He grew up helping on the family farm and liked trapping and hunting. In the 1950s he took over operation of the family farm located east of Frazee.  He loved music, played guitar and spent many hours strumming his banjo. He was also a faithful watcher of Wheel Of Fortune.


David is a veteran of World War II, where he earned several medals, including the Philippine Liberation medal with one Bronze star, as well as Asiatic Pacific Theater Service, Victory and Good Conduct medals. He served four years as a corporal in the South Pacific Theater, including aiding with the evacuation and fall of the Philippines. He also was in combat on Guadalcanal and Bougainville and received battle stars for action in the Northern Solomons, Luzon and the Philippine Liberation campaigns. While serving he contracted dengue fever and developed jaundice.


He is preceded in death by: his parents, brothers Joseph, John (Jack), William and Warren, and sisters and brothers-in-laws Hazel (Ed) Schmidt, Sophie (Henry) Schmidt and Julia (George) Quittschreiber.


To order memorial trees or send flowers to the family in memory of David Dumbeck, please visit our flower store.