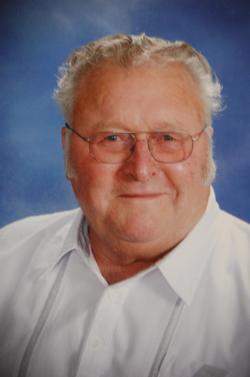 
Dennis Christ Drewes was the sixth of twelve children born to Albert and Elsie (Glander) Drewes on March 20, 1937. He was born and raised on the family farm in Evergreen township of Frazee, MN. He attended school in Frazee and later worked on the Art Quade turkey farm. He then worked a short period of time for Stub Bradbury in road construction before entering the military. He was drafted into the U.S. Army on September 19, 1955 and honorably discharged on August 31, 1961. Dennis then worked for Harvey W. Nelson and then in partnership with his brothers Aldon and Clarence. In 1973 Dennis and Marvin Quade started DenMar Construction which operated until 1979. Dennis then started Dennis Drewes, Inc. in 1979.


He was united in marriage to his “heartsweet,” Judy Fiedler on June 27, 1959 in Corliss Township, Perham, MN. They were blessed with 4 children, Dwight, Tim, Lisa, and Jill.


Spending time with family and friends was very important to Dennis. He often attended his grandchildren’s sporting events.   He enjoyed wood working, playing cards, and bird watching, especially martins. Dennis really enjoyed his special 12-object game which was a conversation ice breaker. Many people got frustrated because he always stumped them. In recent years, Dennis enjoyed making a trip around the block and visiting neighbors, and they were all familiar with his white truck.


Dennis was a man of strong faith, believing in the power and strength of Jesus Christ’s love and the beauty and peace that would await him after his journey in this life was accomplished.


To order memorial trees or send flowers to the family in memory of Dennis Drewes, please visit our flower store.