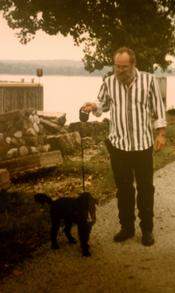 Ray was born September 18, 1950, to True & Muriel (Wilson) Tindle, in Fairfax, Missouri. He grew up with his large family in Nebraska .

He met Jackie in July of 1969 in Lincoln, NE. The couple was united in marriage on June 26, 1970 in Lincoln. The marriage was blessed with 5 children.

Ray had many jobs as a young man but once he began driving truck for Midwest Refuge he found a job he loved, he later became the truck and compactor mechanic which he continued for nearly 30 years. When Ray was not busy with work, Ray enjoyed the time he could spend with his family and friends. Ray and Jackie often camped with their family and friends eventually becoming Campground Hosts . Ray also loved boating and fishing whenever he got the chance.

Ray was a wonderful husband, father, grandfather, brother and friend. He will be greatly missed by all who knew him.

He was preceded in death by his parents; one sister, Donna Osmon and infant brother, Harvey Tindle.

To order memorial trees or send flowers to the family in memory of Donald Tindle Sr, please visit our flower store.