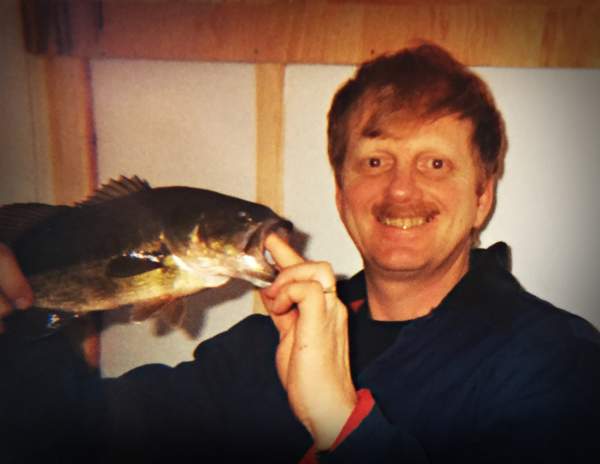 Donald Michael Ulschmid, age 59, lifelong Frazee, MN resident, passed away on Friday, April 28th, 2017, after a courageous battle against cancer. Don's last weeks were spent in his home, surrounded by his loving family.

Mass of Christian Burial will be held 11 a.m., Wednesday, May 3, 2017, at Sacred Heart Catholic Church in Frazee, MN. Visitation will be held from 5-7 p.m., Tuesday, May 2, 2017, at the church, with Knights of Columbus rosary at 6:30 p.m. and Prayer Service at 7 p.m. Burial will be at Sacred Heart Catholic Cemetery with Military Honors provided by the Marine Corps League.

Don was born on March 25, 1958, in Detroit Lakes, MN to John and Martha (Lonski) Ulschmid. He grew up on the family farm in Frazee, MN. Don graduated from Frazee High School in 1976. After graduating High School, Don enlisted in the United States Marine Corps where he earned the rank of Sergeant and served in 1st Recon Battalion, 1st Marine Division, Camp Pendleton, CA. He served in the Marine Corp from August 1976 to August 1980. Following his honorable discharge, he moved back to his hometown, Frazee.

On July 28, 1979, he married the love of his life, Kathleen Christensen, at the Sacred Heart Catholic Church in Frazee. Settling in the country, Don and Kathy raised their four children. Don worked many jobs: mailman, cable technician, and farmer. He completed his employment career after 31 years working for Tuffy's Pet Food, specializing as a Lab Technician for most of those years.

Don's favorite things to do included: hunting, fishing, hobby-farming, hiking, beating Kathy at cards, and spoiling his grandkids. Camping was a treasured past time for Don and one that he relished every summer as a time of fun and relaxation with his wife, children, and grandchildren.

Don will be remembered by many as a master of sarcasm. He was always full of witty comments, silliness, and surprises. His family was especially fond of his cheesy smiles, goofy dance moves, and the spur of the moment trips for ice cream.

Although Don wasn't the most patient teacher, his children will forever treasure their lessons in hunting, fishing, wood hauling, yard work, remodeling, gardening, cards, and many other life living skills. Don's legacy will heartily live on through his children and grandchildren.

Furey Funeral Home is assisting the family with funeral arrangements.