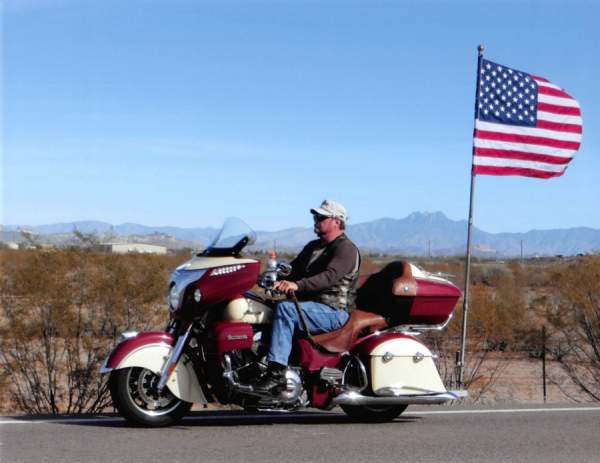 Duane John Antonsen was born March 18, 1952 in Perham, Minnesota, the son of Ervin and Alma (Hoffman) Antonsen. He passed away Saturday, June 23, 2018 at the Minneapolis VA Hospital.

He was baptized at St. Paul’s Lutheran Church Loon Lake and confirmed at the United Methodist Church in Vergas. Duane grew up in the Vergas area and graduated from Perham High School with the class of 1970.

Duane proudly served his country in the United States Navy receiving his honorable discharge in 1974. He was on the USS Preble during the Vietnam Conflict and was also stationed in Hawaii.

He returned to the Vergas area and worked in the water well drilling business with his brother. Duane began a career with the United States Postal Service that would span for over 20 years retiring from the Detroit Lakes office in 2014.

Duane was a member of the Perham VFW #4020 and the Patriot Guard. He enjoyed fishing, hunting, woodworking, gardening, riding his Harley Davidson, and was an avid conservationist. He liked to travel and had spent the last three winters in Apache Junction, Arizona.

To order memorial trees or send flowers to the family in memory of Duane Antonsen, please visit our flower store.