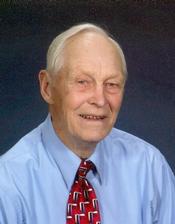 Duane Ervin Schwandt, 86, Frazee, MN, passed away on Friday, October 4, 2013 at home. He was born on July 24, 1927 in Hillsboro, ND to Theresa Bierman. She later married Reinhart Schwandt. The family moved to Minnesota to a farm near Vergas in 1936.

On August 13, 1950, he and Marjorie Jean Warter were united in marriage in Bemidji, MN. They moved to the Vergas area where they farmed. Duane enjoyed his farm, garden, his family, cutting wood, working with horses, carpentry, carving, and woodworking. He created many special pieces for his children, grandchildren and great granddaughters.

He was preceded in death by his grandparents, parents, and grandson Aaron Albright.

Visitation will be held by a the Furey Funeral Home, Frazee, MN on Monday, October 7, from 5-7 p.m. A prayer service will follow. Visitation from Noon- 1p.m. at Bethlehem Lutheran Church, Frazee MN, on Tuesday, October 8, 2013. The funeral service will begin at 1 p.m.

Memorials may be made to the VFW, Detroit Lakes, MN for disabled and wounded veterans. Military rites conducted by Lake Region Veterans Honor Guard.

Dear husband, Dad, grandpa, great grandpa, and friend, take your rest and be at peace.

To order memorial trees or send flowers to the family in memory of Duane Schwandt, please visit our flower store.