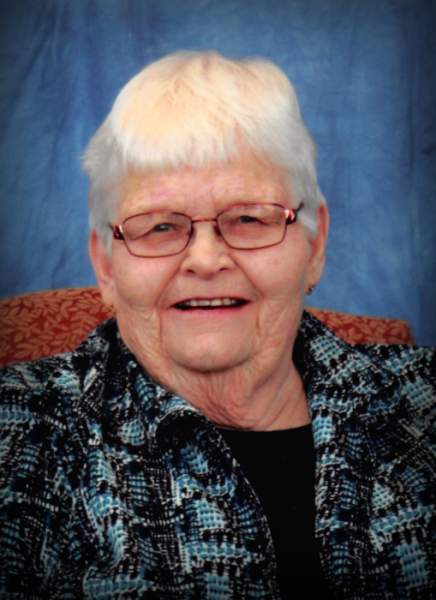 Elaine Delores Schermerhorn was born January 11, 1931, at home in Otter Tail County, MN, the daughter of Arthur and Bernice (Peach) Stebbins. She passed away October 30, 2018 at Perham Living. She was baptized and confirmed in the Methodist faith, and grew up in the rural Vergas area attending country school.

On April 12, 1950, she was united in marriage to Allan Schermerhorn. To this union six children were born. Elaine was a farm mom raising kids and enjoyed sharing her love by cooking. She enjoyed canning, baking, and knitting special gifts for her family. Elaine worked as a seamstress and later upholstered furniture.

Elaine and Allan moved to a farm on West McDonald Lake, where they hosted many family gatherings and fish frys. They were active at the United Methodist Church. In 2011, Elaine moved to St. James Manor before becoming a resident at Perham Living.

Funeral service will be 11:00 AM Friday, November 2, 2018 at the United Methodist Church in Perham.

Visitation will be Thursday, November 1 from 4 - 7:00 PM with a 7:00 PM prayer service at the United Methodist Church in Perham and will continue for one hour prior to the service at the church.

Burial will be at Sybil Lake Cemetery

To order memorial trees or send flowers to the family in memory of Elaine Schermerhorn, please visit our flower store.
Open