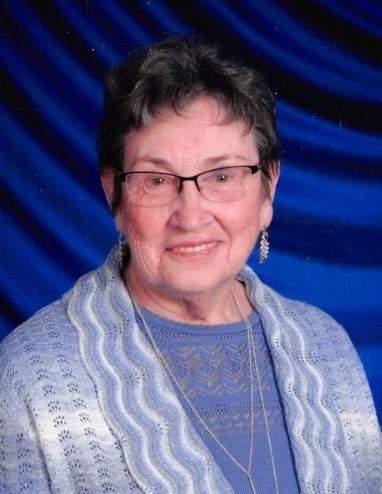 A private family service will take place at a later date.

Elinor was born on February 25, 1935 at home near Perham, MN.  Her parents were Edwin and Alvina (Mindermann) Ziegler.  She attended Grades 1-8 at District 181 and then graduated from Frazee High School in 1952.  Shortly after graduating she went to Minneapolis and wrote insurance policies for a year before she returned to Fergus Falls where she completed her Teachers Training.  Elinor taught in rural schools for five years and later substitute taught in Frazee and Vergas for 13 years.

On June 2, 1956 Elinor married Bobby Rethwisch at the Bethlehem Lutheran Church in Frazee.  She had been baptized and confirmed at this church, and she later taught Sunday School there for many years.  Bobby and Elinor had three children.  Scott was born in 1959,  he passed away only five months later.  Next they had two daughters, Mary (Luc Delaquis) and Jody (Joe Davidson).

Elinor and Bobby built a small mink ranch and raised mink for the next thirty years.  They retired in 1989.

In retirement they travelled a lot, visited every continent except Antarctica and 49 U.S. states.  Elinor loved people and had many jobs after she retired.  She made pizza, worked in a craft store, and was at Neighbor to Neighbor helping older citizens.  She kept busy painting pictures, making crafts of any kind, decorating and cooking/baking.  She always had the coffee on, loved a visit and enjoyed company.

Elinor completely enjoyed her five grandchildren.  She loved them, was very proud of them and made memories each and every time they visited.  She organized  Let’s Pretend events, parades, paddle boat adventures, and special times on the four wheelers or just sitting around talking.  Elinor also has six great grandchildren- their photos decorate every wall in their apartment.

She is preceded in death by her parents, her son Scott Jay, her brothers Clarence and Marlin, her sister-in-laws Darlene and Letha.

To order memorial trees or send flowers to the family in memory of Elinor Rethwisch, please visit our flower store.