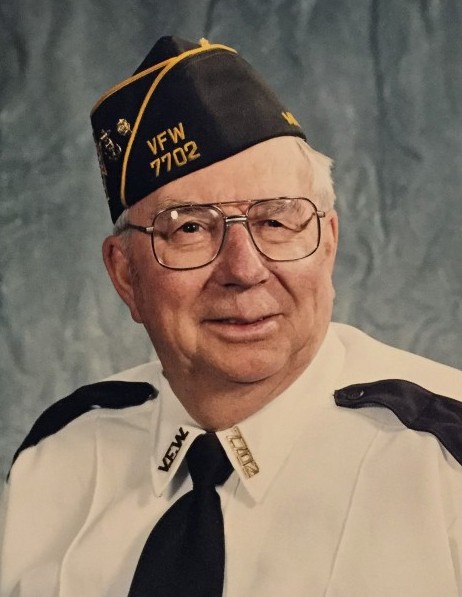 Eugene proudly served his country during the Korean Conflict in the U.S. Air Force receiving his honorable discharge in 1956.

On February 14, 1954, Eugene was united in marriage to Shirley Clapsaddle at Grace Lutheran Church in Fargo, North Dakota. They made their home in Toad Lake Township where Eugene farmed and operated Bartel Trucking. To this union four daughters were born.

Eugene served on the boards of the Minnesota Valley Breeders Association, Mid-Am Dairymen and Toad Lake Township.  He was a township fire warden and was an active member of St. Paul Lutheran Church – Evergreen. After retiring from farming in the early 1990’s, he began a new career with Anderson Transportation driving school bus for 25 years.

He enjoyed gardening, selling his fresh produce at the farmers market, and attending the Toad Lake Store for coffee club. Eugene especially enjoyed spending time with his family and attending his girl’s and grandchildren’s activities and sporting events.  Eugene loved to watch his girls play basketball.  He even started milking his cows at 3:30 a.m. and 3:30 p.m. (to keep them on schedule) so that he could attend away games.  He traveled whenever he could to watch his grandchildren play basketball, he even traveled as far as Rochester, Minnesota to watch them play.

Eugene was a past commander of the Frazee V.F.W. and was honored by being selected in May of 2016 to attend the WDAY Honor Flight in Washington, D.C.

Eugene was preceded in death by his wife: Shirley in March of 2019; his parents: Julius and Laura Bartel; brother: Marvin Bartel.

To order memorial trees or send flowers to the family in memory of Eugene Bartel, please visit our flower store.