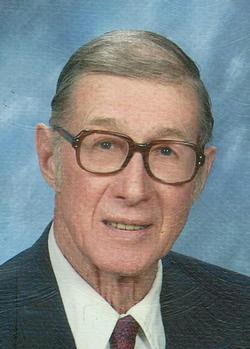 Eugene "Gene" David (aka: Ed) Haas, age 86, of Detroit Lakes, MN, previously of Frazee and Krebs, OK, passed away peacefully with his family at his side, under the care of RRV Hospice, on Saturday, July 4, 2015, at Golden Manor Memory Care in Detroit Lakes.

Eugene was born January 15, 1929 in Perham, MN to Ervin and Gertrude (Hohn) Haas. After working hard on the farm and graduating from Frazee High School, he joined the Navy and retired after 20 years of service. He continued supporting the military as a civilian working for the Department of the Army until his second retirement in the mid-1980s from the McAlester Army Ammunition Plant, McAlester, OK.

He married Catherine McQuigg on October 17, 1959 in Pensacola, FL. His two careers took him and his family to many stateside and overseas locations with his final move in 1978 to Oklahoma where he resided until July 2014 when he returned to Minnesota.

He enjoyed just about any outdoor activity to include: coaching and watching his children's sporting activities; hunting; fishing; gardening; picking pecans; cutting wood; and raising/running beagles. He was an active member of St Joseph's Catholic Church in Krebs, OK as well as a supporter of St John's the Evangelist in McAlester, OK. He was a member of the Knights of Columbus and a Life-time member of the National Rifle Association. In addition, he was a very proud father and grandfather particularly in his later years, time spent with or talking to his grandchildren made his day.

He was preceded in death by wife, Catherine; parents and step-mother Hazel (Newling) Haas; brother Duane J. Haas; mother-in-law Iola McQuigg; brother-in-law Donaldson McQuigg; sister-in-law Janet Crosby; and many other memorable relatives.
In lieu of flowers, memorials are preferred to the charity of your choice.

To order memorial trees or send flowers to the family in memory of Eugene Haas, please visit our flower store.