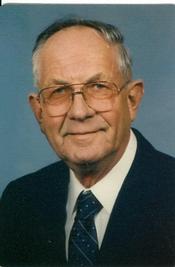 Eugene was born April 4, 1930, in Fenton, Iowa to Melvin and Faith (Light) Mansager. He grew up and attended school in Fenton where he graduated from high school. Eugene was married to Francis Lorraine Detling of Blackduck, MN in 1950. The couple was blessed with 5 children and they resided in Fenton until 1962 when they moved to Blackduck. There, he attended Bemidji State College and received a Bachelor of Science degree. In 1965, they moved to Fargo, ND where they lived until 1993. During that time, Eugene worked as a research biologist for the U.S. Department of Agriculture at North Dakota State University.

Gene's life was dedicated to research and development and he found it important to give back to science. He generously willed his body to the University of North Dakota Deeded Body Program.

He was preceded in death by his parents; his wife, Francis Lorraine; and a daughter, Gwendolyn.

To order memorial trees or send flowers to the family in memory of Eugene Mansager, please visit our flower store.