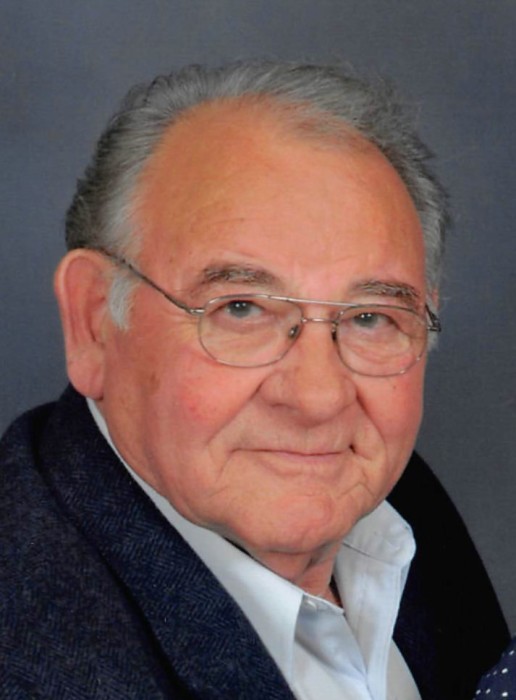 Funeral Mass will be held 11 AM, Thursday, March 22, 2018, at Sacred Heart Catholic Church in Frazee.  Visitation will be held from 5-7 PM, Wednesday, March 21, 2018, at Furey Funeral Home in Frazee with a prayer service to take place at 7 PM.  Visitation will continue one hour prior to the service at the church. Burial will be made at Sacred Heart Catholic Cemetery. Furey Funeral Home is assisting the family with funeral arrangements, www.fureyfh.com.

Eugene was born February 15, 1937, in Balta, ND, to Mike and Dorthy (Hager) Roerick.  He attended country school through the 8th grade.  Following his schooling, he worked on the family farm.

Eugene was united in marriage to Linda Asunma on April 23, 1960, at St. Joseph's Catholic Church in Lakota. The couple made their home in Devils Lake, moving to Hobbs, New Mexico for a number of years, where Eugene worked constructions. The family then moved to the Twin Cities, where Eugene worked in the street Department for the City of Robbinsdale.  They eventually made their home in Frazee where the family purchased the Morningside Motel.

Eugene and Linda raised 4 children: Shawn, Susan, Leslie, and Trent.  Eugene was passionate about woodcarving and was very talented.  He began widdling as a young child and continued to hone his skills.  He was also a talented artist and loved to draw, sketch and oil paint. He enjoyed giving his art to family and friends.  He was an avid bird watcher and made many bird houses, feeders and nesting boxes that he placed in his yard.  Eugene enjoyed yard work, especially mowing lawn, and took great pride in keeping his yard and home looking nice. Above all, Eugene enjoyed the time he was able to spend with his family and grandchildren.

Eugene was an active member of Sacred Heart Catholic Church in Frazee.

Preceding Eugene in death were his parents; his wife, Linda; 7 siblings; and grandson, Cody Garrett.

To order memorial trees or send flowers to the family in memory of Eugene Roerick, please visit our flower store.
Open