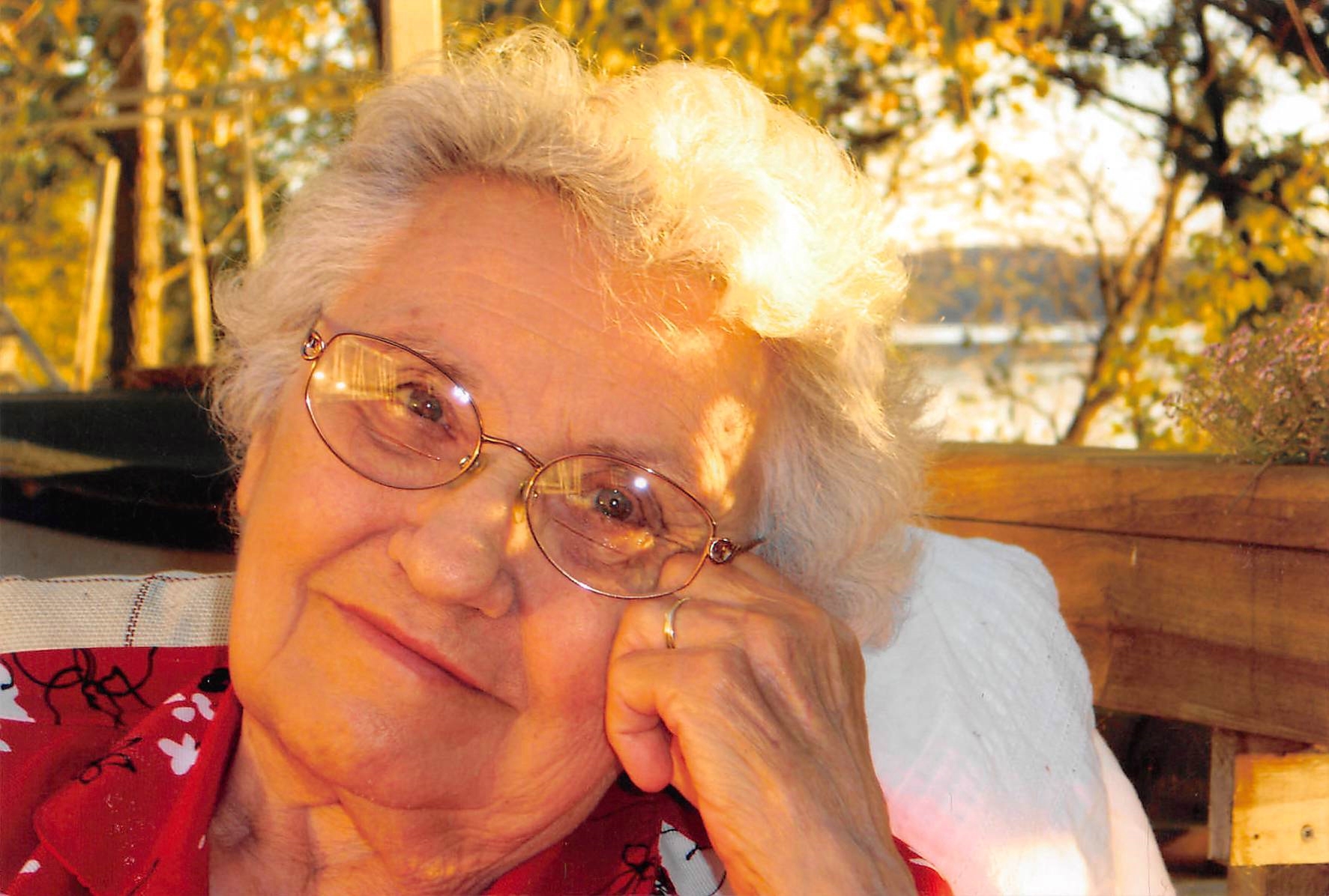 Evelyn Fern (Pfefferkorn) Kmoch passed away peacefully at J.A. Wedum Residential Hospice in Brooklyn Park, MN on May 1, 2017, at the age of exactly 96 years. She was born on May 1, 1921, in Huron, SD, the older of two daughters born to William and Fern Rey Pfefferkorn. The family moved to Park Rapids, MN in 1924 and then to Pitt, MN in the early 1930s. Evelyn's father died in a construction accident in St. Paul, MN when she was just 11 years old, leaving her mother, Fern, to raise her two daughters during the difficult days of the Great Depression.

Evelyn graduated high school in Baudette, MN in 1939 and began work as a bookkeeper for the Lake of the Woods County highway department. In 1950, she moved to Fargo, ND and worked for the Cass County highway department. She married Marcus Kmoch in Moorhead, MN, on July 25, 1959. Five years earlier, Marcus had been widowed with two small children; Evelyn immediately and lovingly assumed mothering responsibility for Sharon, age 6 and David, age 5. A year after their marriage, Marcus and Evelyn welcomed their son Steven to the family.

When Marcus retired in 1987, he and Evelyn spent their early retirement years with the Laborers for Christ organization, working on construction projects in Texas, Arizona, Utah, California, Michigan, and Minnesota. Later, they sold their home in Moorhead and moved to their beloved lake cabin on Lake Lida near Pelican Rapids, MN. In 2006, Marcus and Evelyn returned to Moorhead, moving into the Eventide Retirement Community. When Marcus passed away in December 2009, Evelyn moved to the Sunrise Senior Living Center in Golden Valley, MN, where she lived until the time of her death.

Evelyn is remembered as a gentle woman with a kind heart and quick sense of humor. She enjoyed baking, needlework, playing cards and working puzzles with friends and neighbors. And she loved spending time at their Lake Lida cabin.

Evelyn was preceded in death by her parents; husband, Marcus; sister, Dorothy; and daughter, Sharon.

The family would like to commend the staff of J.A. Wedum Residential Hospice facility in Brooklyn Park, MN, for the exceptional care they provided during the last week of Evelyn's life. Evelyn's family will never forget their tender, loving care.

Funeral services will be held 11 a.m., Monday, May 8, 2017, at St. Paul's Lutheran Church – Loon Lake. Visitation will begin one hour prior to the service at the church on Saturday. Funeral arrangements are entrusted to Furey Funeral Home.