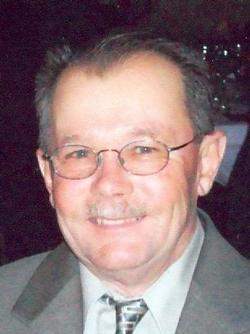 Gale Sharp, age 64, of Vergas, MN, passed away suddenly at his home on Wednesday, April 16, 2014 with his wife Carol and dogs, Alice and Annie, at his side. He was a husband and friend who was loved by many. A celebration of his life will be held at 1 p.m., Monday, April 21, 2014, at the Vergas Event Center. Burial will take place at Sybil Lake Cemetery, Vergas, MN. Visitation will be held from 11 a.m. until the time of service on Monday at the Vergas Event Center.


Gale was born October 7, 1949, in Northfield, MN to Ervin and Irene Sharp. He was the oldest of four children. Gale grew up and attended school in Frazee, MN. After high school graduation he attended Detroit Lakes Vocational Technical School for carpentry. After which he started his career at Dynamic Homes until he retired in 2005. Gale became a builder and dealer for Dynamic Homes and also started GS Construction Company in which he took great pride in his work.


Gale was an avid hunter and fisherman. If it swam, flew or ran and there was a game license available Gale was there. He had many wonderful hunting trips to Colorado, Wyoming, Arctic Circle, Nebraska, and South Dakota.


Gale was a member of Lake Sybil Rod and Gun and volunteered for many City of Vergas events.


Gale was preceded in death by his parents and infant sister and his father-in-law Shorty Marsolek.


To order memorial trees or send flowers to the family in memory of Gale Sharp, please visit our flower store.