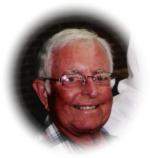 Gary Grant Pfeiffer, age 68, of Vergas, MN, passed away unexpectedly on Wednesday, September 22, 2010 with his wife, Joan at his side. Funeral mass will be held 11AM, Tuesday, September 28, 2010 at Sacred Heart Catholic Church in Frazee. Interment will be made in Sacred Heart Catholic Cemetery. Visitation will be held from 5-8 PM, Monday, September 27, 2010 at Furey Funeral Home in Frazee with a prayer service and rosary held at 7 PM. Visitation will also be held one hour prior to the service at the church on Tuesday. Gary Grant Pfeiffer, the son of Lorene Addie Pfeiffer and Peter Benjamin Pfeiffer, was born October 23, 1941 in Lida Township, Otter Tail Co., Minnesota. In 1946, the family moved to a farm near Vergas, MN where he attended District 136 country school up until sixth grade. Gary attended Pelican Rapids High School for the remainder of his school years, graduating in 1959. He entered the National Guard in 1962, spending time in Fort Leonardwood, Missouri and Fort Benning, Georgia. Gary married Joan Marie Edin July 13, 1963 and the couple was blessed with four children. Gary drove milk truck for Farnam's out of Pelican Rapids and also worked for Ford Equipment in Vergas. He enjoyed farming and specialized in custom mechanic work. Gary was well known for his extensive knowledge of tractors. He enjoyed many successful years of tractor pulling with "Lil Red" and "Running Bear". Gary cherished time spent hunting, fishing, spending time with grandkids and playing cards. He was active in church and volunteered when he could. With a very deep faith, he was proud of his children and grandchildren.
Gary is survived by his wife Joan; brother Gale; sister Jen; and four children-Sheri (Andrew) Langfield; Mary (Reed) Matilla; Pat (Renae) Pfeiffer; and Lisa (Mark) Wierschke.
He was preceded in death by his parents Lorene and Peter Pfeiffer; sisters Helen Pfeiffer and Audrey Stensvold; and brother Francis Pfeiffer.

To order memorial trees or send flowers to the family in memory of Gary Pfeiffer, please visit our flower store.