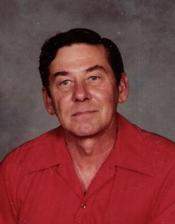 Funeral service will be held 11:00 a.m. Wednesday, April 18, 2012 at Bethlehem Lutheran Church in Frazee. Interment will be made in the Vergas Village Cemetery following the service. Visitation will be held from 9:30 a.m. until the time of service on Wednesday at the church.

Jerry was born April 26, 1933 in Alexandria, MN, the youngest of 4 children born to Walter and Frances (Pofahl) Arenson. He grew up and attended school in Hoffman, MN. Following high school, he attended North Dakota State University where he earned his degree in Pharmacy. While attending NDSU, Jerry joined the ROTC. After graduating, he fulfilled his 3 years in the United States Air Force and was stationed in Tucson, AZ and Sacramento, CA.

Jerry was united in marriage to Lorna Beck on July 25, 1954 in Hoffman, MN. The couple was blessed with two daughters, Kathi and Diane. After Jerry's discharge from the Air Force, they made their home in White Bear Lake, MN, where Jerry worked as a pharmacist. In 1964, they moved to Frazee, MN, where he owned and operated Star Drug Hardware & Variety Store until his retirement in 1985.

When he was not busy with work, Jerry enjoyed the outdoors, especially hunting and fishing; and took several hunting and fishing trips with friends to Canada. He also enjoyed metal detecting or playing golf. He was an avid historian and enjoyed reading about history and local archaeology.

He was active in the lives of his family members and supported and encouraged the events and activities they participated in. He was active in promoting the Frazee community and supporting local businesses. He was instrumental in establishing the Frazee Care Center. He was a member of the rotary club, the Jaycees, served as a past Turkey Day chairman and served at various positions at Bethlehem Church in Frazee including congregational chairman.

He was preceded in death by his parents; and 1 brother, Merlyn.

To order memorial trees or send flowers to the family in memory of Gerald Arenson, please visit our flower store.