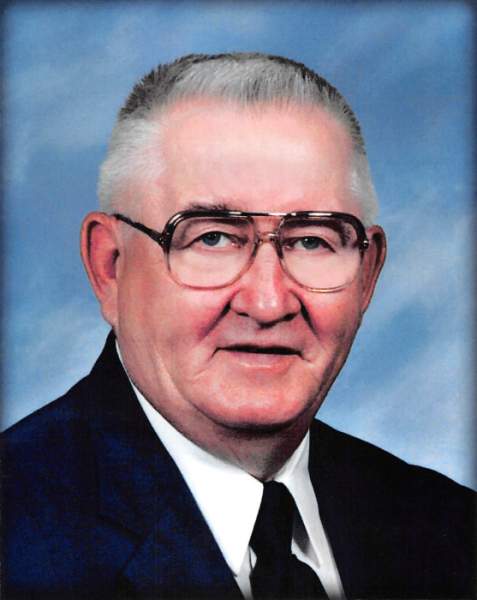 Glenmore (Glen) Albert Miller was born November 8, 1936, in Evergreen Township, Minnesota, the son of Albert and Minnie (Mueller) Miller. He passed away April 29, 2020 at his home near Frazee.

Glen grew up in the Evergreen area and Frazee, graduating from Frazee High School in 1954.  He continued his education attending college before entering the service. He proudly served his country in the United States Army receiving his honorable discharge in 1961.

On August 15, 1959, Glen was united in marriage to Nathlie Jampsa at St. Peter’s Evangelical Lutheran Church in New York Mills. To this union four children were born.

Glen worked at Daggett Truckline in the stockyards and as their payroll and benefit coordinator for over 50 years.  In the early 1960s, he was employed as a Human Resources recruiter and investigator for Boeing.

He was an active member of Bethlehem Lutheran Church and served the church in many capacities. He was a proud member of the church choir for over 40 years.

Glen loved his community and never knew a stranger.  Through the years he served in the Jaycees, the Lions, and Sportsman Clubs.  He was well known for serving Tubbe’s Smoked Turkey Legs during Frazee Turkey Days and loved to cut-rug at the local street dance.

He was a fan of ALL sports; high school, college, and professional and especially his favorite pastime, fishing, at Graham Lake.

Glen was a farmer at heart and over the years he raised beef and dairy livestock on his “hobby” farm, as well as other farm animals.

Glen was preceded in death by his parents Albert and Minnie Miller and his sisters Alice and Helen.

ATTENTION: funeral recording of service is posted below.

To order memorial trees or send flowers to the family in memory of Glenmore Miller, please visit our flower store.