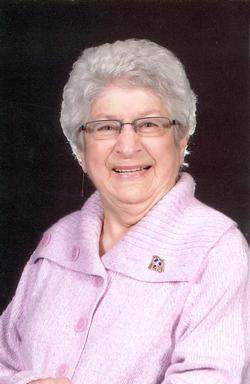 
Irene was born August 12, 1928 in Becker County, Minnesota to William A. and Viola (Siechau) Galbrecht. She grew up on the family farm near Wolf Lake, MN, where she attended country school through the 8 th grade. She later finished her high school education.


She married Earl Ziegler on April 21, 1948. The couple bought the Ziegler farm where they lived and raised their 2 children. In her earlier years, Irene was very active in the St. Paul’s Lutheran Church in Evergreen. She was a very hardworking woman who enjoyed life working on the farm. Irene and Earl enjoyed snowmobiling during the winter months. The family was saddened by Earl’s passing in 1983. In the late 1980s, Irene made her home in Frazee, eventually moving to the Frazee Care Center where she remained until her passing.


Preceding her in death were her parents; husband, Earl; 2 infant daughters and 8 siblings.
To order memorial trees or send flowers to the family in memory of Irene Ziegler, please visit our flower store.