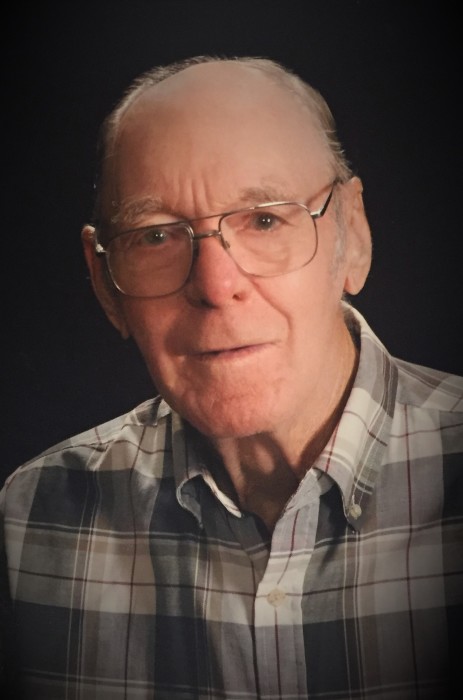 He was baptized at St. Paul Lutheran Evergreen Church and grew up in the Toad Lake area, attending country school. Jim worked in the iron ore mines in Virginia, Minnesota and later the ice plant in Detroit Lakes.

On February 17, 1962, he was united in marriage to Bonnie Iten at Sacred Heart Catholic Church in Frazee. To this union four children were born. They made their home in Erie Township. Jim worked for Sorenson Construction/Olander as a machine operator for over 25 years. He was a member of the Local 49 for 54 years.

Jim was active in the Knights of Columbus and enjoyed gardening, hunting, carving fish decoys, ice fishing, and cutting firewood. He raised beef cattle on his hobby farm and enjoyed playing cards in the neighborhood. Jim was a good cook and was a wonderful care giver to Bonnie for the last ten years.

Jim was preceded in death by his parents, Joseph and Fredericka; siblings: Marvin and Melvin Wallace and Adeline Shamp; in-laws: father and mother in law George and Sylvia Iten, and sister and brother in law Gwenn and Jim Stomberg.

To order memorial trees or send flowers to the family in memory of James "Jim" Wallace, please visit our flower store.