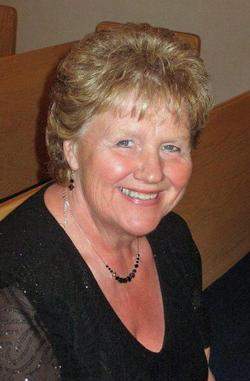 Visitation will be held from 1-4 p.m., Saturday, February 20, 2016 at Bethlehem Lutheran Church with a prayer service to take place at 3:30 p.m.  Visitation will continue one hour prior to the service at the church on Sunday.

Burial will be made at Lakeside Cemetery, Frazee.

Chick was born April 24, 1956, in Perham, MN, to Walter and Shirley Sandau, the 4 th of 5 children. She was baptized and confirmed at St. John’s Lutheran Church in Vergas, MN.  When she was young, she was a member of the Sybilettes 4-H Club, she loved showing cattle.  She graduated from Frazee High School in 1974 and attended one year at the Detroit Lakes Vo-tech.  Chick married Larry Golkowski on March 12, 1977 at St. John’s Lutheran Church in Vergas.


Chick worked at the Becker County Court House for over 40 years as a deputy county assessor, retiring in October 2015. She was also an independent assessor for the City of Frazee and Callaway and Burlington Township.  She milked cows for her dad and other farmers and stayed busy gardening, canning, and hosting deer camp since 1980.  Above all, she enjoyed time with her grandchildren: Aubrey, Teigan, and Kaydence.


Chick was preceded in death by her parents: Walter and Shirley Sandau; father and mother-in-law, Emil and Lenora Golkowski; and brother-in-law, Jim Vierling.

To order memorial trees or send flowers to the family in memory of Janis Golkowski, please visit our flower store.