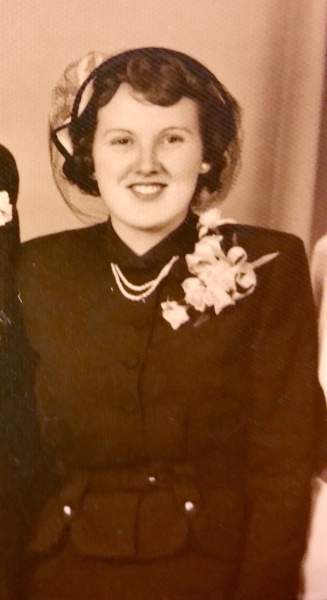 She was born at the Frazee Hospital, the daughter of the late Samuel and Edith Manning on June 16, 1933. Joan grew up on the family farm and attended school in Frazee, MN. Joan married Lauren Henry Katzenberger June 30, 1951. They made their home in Hibbing, MN where she worked as a Nurse Aide at Hibbing Hospital until moving back to Frazee in 1961.

She felt very blessed to have lived in the community of Frazee. She liked socializing with her many friends that she loved very much. She liked keeping a clean house, feeding the birds and people watching. She will be remembered for being a kind and giving person that loved her family and friends.

A private family memorial will be held at a later date. The family has entrusted Furey Funeral Home with the arrangements.

To order memorial trees or send flowers to the family in memory of Joan Katzenberger, please visit our flower store.