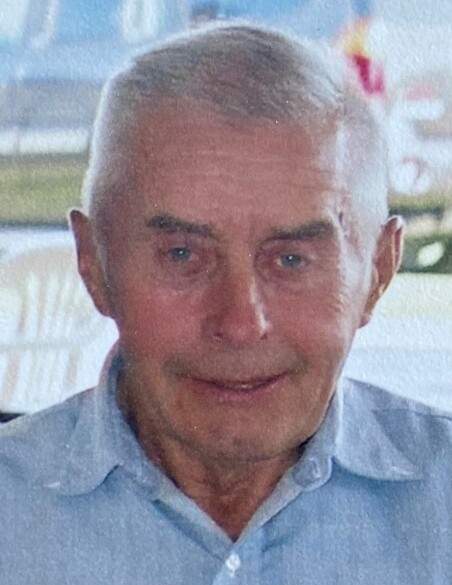 John Harold Ratz, 90, passed away on Sunday, December 27, 2020 at the Frazee Care Center in Frazee, Minnesota.
John Harold Ratz was born on September 4, 1930 at his home in rural Vergas, MN, to Adolph and Bertha (Fehlauer) Ratz. John was baptized and confirmed and was a lifelong member of St. John’s Lutheran Church in Vergas. John was drafted into the United States Army in May of 1953 where he served as an engineer in the 83rd Engineer Battalion. He served overseas in France and Germany and was honorably discharged in May of 1955. He then returned home to the family farm near Vergas, MN.
John loved his life on the farm, from feeding calves, milking cows, planting crops and spent a great deal of time fixing fence. John worked side by side with his father, brother Leo and later on his nephews Jeff and Greg along with several other great nephews and nieces.
John lived a simple, independent life and had a strong faith. John also enjoyed traveling to many places in the U.S. and especially enjoyed his trip to the Holy Lands.
He helped build his own experimental fixed wing airplane and loved to give rides to family and friends. He was an excellent pilot and had a real passion for airplanes.
John will be remembered as a God loving, quiet, polite, meticulous, independent man that loved his family and friends.
John is survived by his sister Jean Moon (Gary), Jeff (Lisa) and Greg (Jill) Ratz, Jennifer (Barry) Cronenwett, Tim (Alana) and Paul (Stacey) Ratz, Paula (Brad) Leach and several great and great, great nephews and nieces.
Proceeding John in death are his parents, Adolph and Bertha (Fehlauer) Ratz, brothers Roger, Leo, sister in law Sharon Ratz, sister, Alice, nieces Diane Davis and Susan Greggory.

To order memorial trees or send flowers to the family in memory of John Ratz, please visit our flower store.