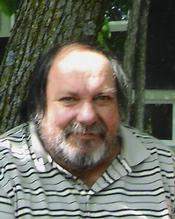 Keith was born August 9, 1951 to Clarence and Eleanora (Ready) Illg in Detroit Lakes, MN. He was the 5th of 8 children. He grew up and attended school in Frazee, MN graduating from Frazee High School with the class of 1969. Following his high school graduation, he worked for the Peichel's before enlisting in the United States Air Force. He began his service in 1970 and was stationed in Guam, the Philippians and also served in Vietnam. He was honorably discharged in 1977.

He was united in marriage to Lisa Jepson on March 3, 1981 in Detroit Lakes. This union was blessed with 4 children: Annette, Ross, Garrett and Kimberly.

Keith was employed with Quade and Mickelson Farms, Strata Concrete and also worked at the Toad Lake Store.

He enjoyed time spent outdoors, especially when he was hunting or fishing the area lakes. Keith enjoyed life and spent much of his time visiting and socializing with friends and local residents. He will be dearly missed by all who knew him.

He was preceded in death by his parents; his sister, Beverly and brother, Neil; 1 niece, Angela; and a brother-in-law, Warren Wear.

To order memorial trees or send flowers to the family in memory of Keith Illg, please visit our flower store.