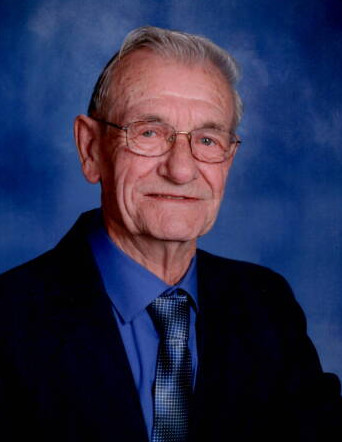 Funeral Service will be 11:00 AM, Monday, July 18, 2022, at Beautiful Savior Lutheran Church in Fargo. Burial will be at Lakeside Cemetery in Frazee.

Leland Edwin Niemann was born March 20, 1934 in Frazee, Minnesota, the son of Arthur and Emma (Breitenfeldt) Niemann. He passed away July 12, 2022 at Edgewood Assisted Living in Fargo, North Dakota.

On December 2, 1955, he was united in marriage to JoAnne Christensen at Bethlehem Lutheran Church in Frazee. To this union two sons were born. They made their home in Frazee and Leland began his career as a truck driver with Daggett Trucking. He moved to Fargo in 1988 and worked as a dispatcher for Daggett Trucking at the West Fargo Stockyards. He retired January 1, 1993 with 36 years of safe driving awards and logging 4,137,287 miles.

He enjoyed playing cards, bowling and was a member of the Fraternal Order of Eagles. In his retirement years, he served as caretaker at Beautiful Savior Lutheran Church and traveled with JoAnne.

He was preceded in death by his Parents: Arthur and Emma Niemann; wife JoAnne Niemann in 2000; siblings: Vernon, Darlene, Merilyn, Marvin, Ronald.

To order memorial trees or send flowers to the family in memory of Leland Niemann, please visit our flower store.