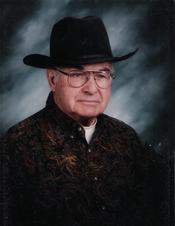 Lloyd was born March 6, 1922, in Height of Land Twp., Becker Co., MN, to Julius and Frieda (Fechtner) Dretsch. He grew up and attended school in Silver Leaf Twp., Becker County, MN. Lloyd attended Frazee High School during which he especially enjoyed playing football and served as captain of the team. He graduated with the class of 1939.
In 1940, Lloyd took at job working for the Daggett Truck Line in Frazee where he drove truck. He also worked as a managing dispatcher for Daggett Truck Line out of an office in Dickenson, ND. He was united in marriage to Elizabeth (Betty) Iten in Washington D.C. on December 29, 1942. This union was blessed with 6 children: Diane, Tom, Dick, Paul, Jack and Mike.
Before Lloyd enlisted in the United States Navy in 1943, he worked in foreign construction in Newfoundland, Canada. While in the Navy, Lloyd served in the North Pacific, based in Dutch Harbor during WWII and was awarded a Victory Medal for his service. He was honorably discharged on November 10, 1945.
Following an honorable discharge, Lloyd returned to Frazee with his wife and to his job at the Daggett Truck Line. Throughout his career, he drove a total of 4,158,396 miles. He retired in 1990. Lloyd and his family had a beef cattle farm in rural Frazee for many years.
Lloyd was a devoted husband to Betty for 69 years. They loved to travel, dance and play cards. He was interested in everything. He loved to read and invest in the stock market. In retirement, Lloyd started every day reading the Wall Street Journal. Lloyd enjoyed hunting as well as reminiscing about the old days of lumbering, threshing and driving. He loved to watch his grandchildren in their various activities and maturing into good young adults, which made him very proud. Being the last surviving sibling in his family, Lloyd took on a special roll of loving and advising his nieces and nephews. He loved his family very much.

He was preceded in death by his parents; 1 son, Tom in 1999; 1 sister, Loretta Graham; and 2 brothers: Lester and Leroy Dretsch.

To order memorial trees or send flowers to the family in memory of Lloyd Dretsch, please visit our flower store.