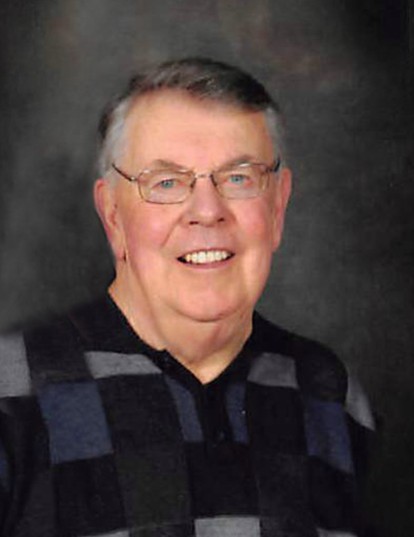 Lyle Fett, age 79, of Frazee, MN, passed away peacefully under the care of Red River Valley Hospice, surrounded by family on Monday, October 22, 2018.

Lyle Fett was born in Frazee, MN on March 13, 1939. He graduated from Frazee High School in 1957. After high school he served in the Army Reserves. He enrolled in Pre-engineering at North Dakota State School of Science in Wahpeton, ND in 1958.

From there he went to work as a food technologist at General Mills Research in 1960. He married Dianne Mindermann in 1964 and they had three children; Lori, Lisa and Derek (Sam). In 1965 Lyle joined Fingerhut and was a plant manager at their Sauk Center location. In 1970 he joined Mobility Inc., a manufacturer of agricultural equipment as a manufacturing manager. In 1974 he was named a Vice President of Mobility.

In 1977 he bought Molson Lake Lodge. It was a small lodge owned by a Cree Indian near Norway House, Manitoba. Dianne joined him as CFO and they turned it into one of the largest fly in fishing lodges in Canada. He expanded into hunting and became an outfitter in Manitoba, Saskatchewan and North Dakota.

In 1979 he started Northland Ag, an agricultural equipment distributorship. In 1991 he closed his distributorship and started a booking company for hunting and fishing in the USA and Canada. It was successful and he expanded into booking hunting, fishing and photo safaris in Africa. He and Dianne hosted many of these safaris.

In 1999 he sold Molson Lake lodge back to the Native tribe he bought it from and then managed it for them the next nine years with the help of his son, Sam. In 2008 they semi-retired and built a log home housing their many hunting trophies on the family farm on Graham Lake near Frazee.

Lyle was a lifelong sports enthusiast. In high school he lettered in football, basketball and track and played football at NDSSS. Besides fishing and hunting he enjoyed skiing and golf. He took many hunting and fishing trophies in the western United States, Canada, Africa and Siberia. Dianne helped coordinate these trips and joined him on many of these expeditions. They enjoyed foreign travel to many destinations around the world and had many unique and unusual experiences.

Lyle was a member of the Fargo Elks, Legion and Detroit Lakes Methodist church. While his children were in school in West Fargo he was active in Packer Backers and High School Rodeo. He was on the Board of Directors for the West Fargo Hockey club and helped raise money for the building of the first West Fargo Hockey arena.

He was a devoted husband and father. Dianne and their children were all sports enthusiasts as well. The family enjoyed the many hunting, fishing, skiing and golf outings they had together over much of the USA and Canada. Hunting deer on the farm was an annual family affair. Lyle was an ardent Vikings, Timberwolves, Twins and Gopher fan. In his final years he enjoyed wildlife habitat work on his farm near Frazee and spending time at their lake home with family and his three granddaughters.

Memorial service will be held 11:00 AM Saturday, October 27, 2018 at the Detroit Lakes United Methodist Church.

Visitation will be one hour prior to the service at the church.

To order memorial trees or send flowers to the family in memory of Lyle Fett, please visit our flower store.
Open