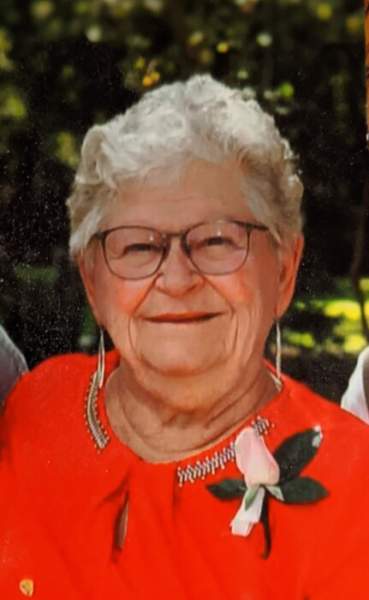 Margaret was born June 17, 1943, in Perham, Minnesota, the daughter of Albert and Mathilda (Berger) Frank. She was baptized and confirmed in the Catholic faith, grew up in the Frazee area and graduated from Frazee High School with the class of 1961. Margaret worked at Lakeland Turkey Plant before meeting Ed Kasowski at the Spruce Grove Dance Hall.

Margaret and Ed were united in marriage on August 2, 1962, at Sacred Heart Catholic Church in Frazee. To this union four children were born. They made their home outside of Frazee farming and raising dairy cows together.

She worked at Frazee elementary school as a paraprofessional retiring in 2008. Margaret farmed alongside with Ed doing chores in the morning before school and working on the farm during the summer months. She enjoyed traveling with her sisters, camping with family, and visiting her daughter in Texas.

Margaret was an active lifelong member of Sacred Heart Catholic Church, participating in Christian Mothers and served as a Eucharist Minster. She was in the Sugar and Spice Homemakers Club, card club, and enjoyed going to her children’s activities and sporting events.

She enjoyed all things in nature, bird watching, decorating her house during the holidays, card stamping, and tending to her flower gardens. Margaret also enjoyed spending time with family and friends, especially her grandchildren.

Visitation will be from 5 to 7:00 PM, Friday, February 11, at Sacred Heart Catholic Church with a 6:30 PM Prayer Service.  Visitation will continue for one hour prior to the service at the church.

Arrangements with the Furey Funeral Home of Frazee www.FureyFH.com

Due to delivery problems this Floral Store Button has been disabled.

To order memorial trees or send flowers to the family in memory of Margaret Kasowski, please visit our flower store.