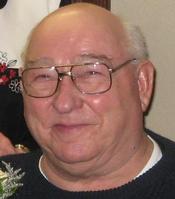 Marvin A. Quade, 81, Frazee, MN, died Friday, October 28 at Sanford Health in Fargo, ND. Funeral services will be 11:00 AM Wednesday at St. Paul's Lutheran Church of Evergreen in rural Frazee, MN, Reverend William Aufdenkamp, officiating. Interment will be in the church cemetery.

Friends may call 4:00 - 7:00 PM with a prayer service at 6:00 PM Tuesday at Furey Funeral Home in Frazee. The visitation will continue 1 hour prior to the service at the church on Wednesday.

Marvin Arthur Quade was born April 29, 1930, in Frazee, MN, to Arthur and Hilda (Osterman) Quade. He was raised and educated at Frazee and is a 1948 graduate of Frazee High School. Marvin was united in marriage to Ethel Bartel, December 28, 1948, in Evergreen, MN. They farmed in Evergreen Township, rural Frazee, where they raised turkeys, cattle and chickens. He also operated Quade Breeding Service 1964 - 1992. He retired from farming in 1992. Marvin was an avid musician and was well known for providing entertainment at the area nursing homes. He enjoyed singing with his grandchildren and great grandchildren and entertaining others with his music. Marvin also created a very special bond with the Amish community and was reliable source of transportation for them for many years and he treasured their friendship.

Survivors include his wife: Ethel of Frazee, 2 sons: Larry (Karen) and Steve (Tammy) all of Frazee, a daughter: Diane (Daryl) Heiden of W. Fargo, ND, daughter-in-law, Bev (Gordy) Johnson of Carolton, GA, 13 grandchildren and 13 great grandchildren. He was preceded in death by a son, James, 3 infant daughters, his parents and an infant sister.

To order memorial trees or send flowers to the family in memory of Marvin Quade, please visit our flower store.