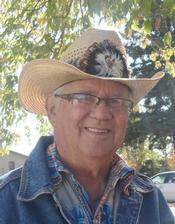 Mike (Charles) Johnson, age 71, of Frazee, MN, passed away suddenly at his home on Saturday, November 16, 2013, following a two year battle with cancer.

A memorial service for Mike will be held at 3 p.m., Thursday, November 21, 2013, at Harvest Fellowship Church. Visitation will begin one hour prior to the service at the church on Thursday. Furey Funeral Home is assisting the family with funeral arrangements. To leave online condolences, please visit www.fureyfh.com.

Mike was born January 3, 1942, in Staples, MN, the youngest of 6 children born to Rueben and Edna Johnson. Mike grew up east of Bertha, MN, where he attended grade school. He attended Staples High School, graduating with the class of 1960. Following his schooling, Mike was united in marriage to Marilyn Dorr. The couple farmed on Marilyn's family farm for a short time. The couple was blessed with two sons, Pat and Rodney.

Mike purchased a farmstead in rural Frazee in 1974. He was united in marriage to Diane Loeffler in 1985. The couple had two children, Benjamen and Amanda. Mike sold the farm to his son, Pat in 1989.

He enjoyed collecting hats, woodworking on his wood lathe; hunting with his family and friends; spending time with his children and grandchildren and visiting over a good cup of coffee. He was a proud, 30 year member of AA. He was also a member at Harvest Fellowship Church which he enjoyed immensely.

To order memorial trees or send flowers to the family in memory of Mike Johnson, please visit our flower store.