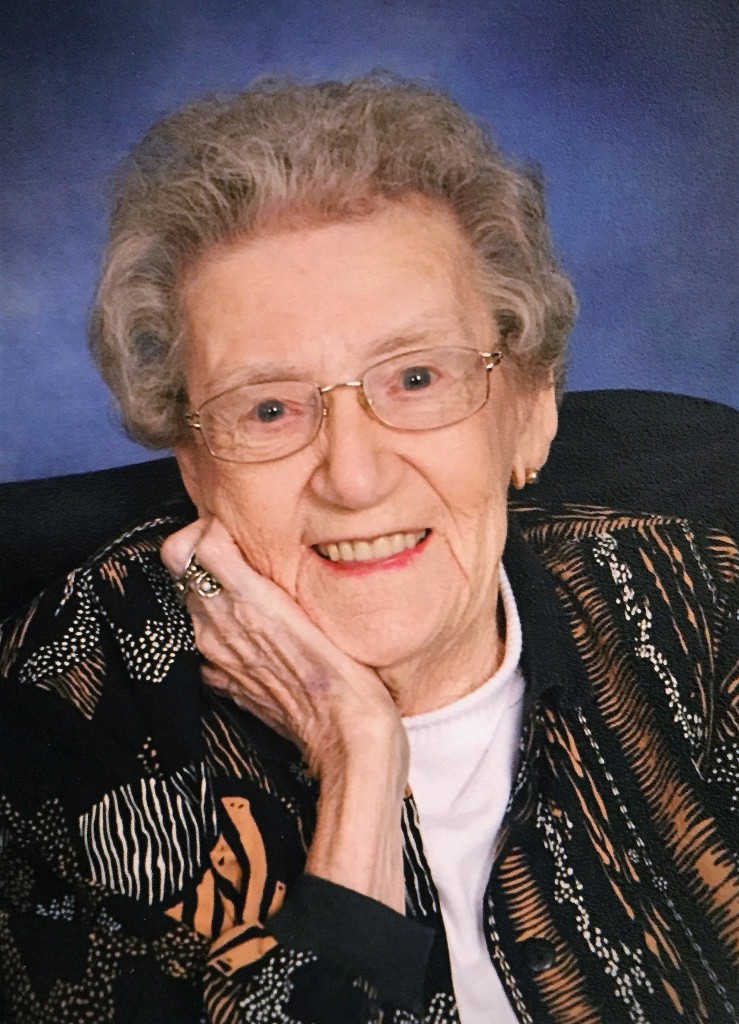 Nora Thelma (Dunham) Willprecht, age 96, longtime Frazee resident, passed away at the age of 96 on November 1, 2017, at the Frazee Care Center. Funeral service will be held 11 AM, Saturday, November 11, 2017, at Bethlehem Lutheran Church, with visitation to begin 1 hour prior to the service. Lunch will be served following the service. Interment will be at Lakeside cemetery. Furey Funeral Home is assisting the family with funeral arrangements. To leave online condolence, please visit www.fureyfh.com.

Nora was born December 5, 1920, to Albert and Hilda (Lundhagen) Dunham on the home farm in Norwegian Grove Township near Pelican Rapids. She attended rural school through 8th grade, riding her horse to school but walking home as the horse would head for home after dropping her off. In 1936, they were recruiting country kids to go to high school. There were no school buses at the time, so her Mother paid $9.00 per month for her room and board at a home in Pelican Rapids. After graduating from high school, her Mother suggested she attend Moorhead State Teachers’ College, now Minnesota State University Moorhead. Tuition was $19.00 a quarter, and a room about $3.00. She graduated with a two-year degree in teaching around the late 1930’s.

It was the beginning of WWII, and there was a shortage of teachers for the rural schools in North Dakota. She was hired to teach in a rural school called the Marohl School near Lidgerwood, North Dakota. Wages were $70.00 a month and room and board was $15.00 per month. After her first month of teaching her brothers wondered why she didn’t have a fur coat with all that money she was making. She taught all 8 grades. It was there that she met her husband to be, Albert Willprecht, and they were married on June 22, 1942, and moved to his farm near Lidgerwood, North Dakota. Now Albert was a full-fledged German and Nora all Norwegian so their marriage at the time was somewhat controversial, somewhat akin to a Lutheran marrying a Catholic, which was rather taboo at the time.

In 1948, Al, Nora and Al’s brother Harry purchased the Morningside Motel in Frazee, Minnesota. Nora managed the bookkeeping for the motel and all that a motel entails, besides washing the sheets and towels every day, and also working for Nelson’s Ford Motor Company in Frazee as a bookkeeper. She was also an excellent seamstress and made most of Holly’s clothes as she was growing up. It was an active time for her. Later she became a bookkeeper for the Frazee Turkey Plant.

After Al’s retirement, they spent 26 winters in Arizona. Nora was always active in Arizona as she and Al worked as tour guides for a travel agency while there, taking many groups to Hawaii, California and gambling trips to Nevada. It was during this time that Nora became interested in genealogy and she wrote 4 books of family history on the Willprecht, Dunham, Meier and Lundhagen families, plus she contributed greatly to the A Family History of the Seitz Clan 1843-2003 book. Nora’s research included trips to Norway, Germany and Salt Lake City, Utah. Around the age of 60, Nora bought an Apple IIc computer and taught herself the ins and outs of the computer age to store her genealogy information. Nora and her friend Mel Trieglaff marched through all the cemeteries in Ottertail and Becker Counties recording all of the grave stones. She was an active member of the Heart’ O Lakes Genealogy Club in Detroit Lakes. Nora was an active contributor in the writing of the Frazee Minnesota Centennial 1891-1991. Her books are part of the Mormon collection housed in Salt Lake City. She was truly a historian and continued collecting obits from the area newspapers up to the day she died.

Nora and Al had always been active members of Bethlehem Lutheran Church in Frazee. Nora taught Sunday school for several years, sang in the choir, and was a member of the Ladies Aid and Lutheran Women’s Missionary League or LWML.

She was preceded in death by husband Al; her parents; 4 brothers: Henry, Joseph, Melvin and Bennie; 1 sister, Gilma; 1 nephew, Matthew Joseph Willprecht, who lived with them after his parent’s passing; and 1 great granddaughter, Amanda Watson.

Click to download / open
To order memorial trees or send flowers to the family in memory of Nora Willprecht, please visit our flower store.
Open