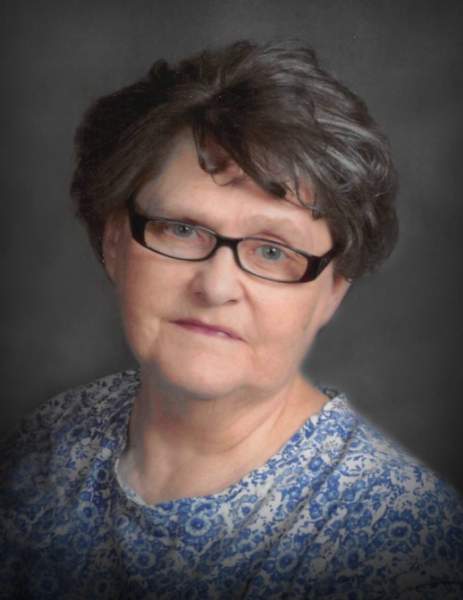 Noreen Sanders passed away on Wednesday, March 2, 2022 at Perham Health in Perham, MN.

Noreen met Roger Sanders at the roller rink at Mac’s Inn in Detroit Lakes, MN and they fell in love.  They were united in marriage on March 30, 1973, at Holy Rosary Catholic Church, Detroit Lakes, MN.  They started out their lives in Elbow Lake and then moved to Frazee, where they raised 5 daughters. Noreen enjoyed being a stay-at-home mom and housewife.  She did in home daycare and treated all her “daycare” kids as her own.  Noreen worked at County Kitchen as a waitress and Budget Host Inn in Detroit Lakes as a housekeeper and front desk staff. She was an avid bowler with being active on 3 different leagues at one time.  Noreen also enjoyed entertaining her friends and family with picnics in the summer and card parties in the winter.  She enjoyed going to bingo and most recently with her declining health and COVID, she played online with her daughters and friends for “thirty-one products.  Noreen loved spending time with her children, grandchildren, and great grandchildren.

Noreen was welcomed at the gates of heaven on March 2, 2022 by her parents—Norbert and Georgia (Babe), In-laws -Gordon and Bernice Sanders, her sister Amy Unrau and her brother Bernerd (Butch), grandson in law Christopher Schultz, many aunts and uncles and cousins.

Public Outdoor Memorial Service will be held in the summer at Sacred Heart Catholic Cemetery.

Please call a local florist in the Detroit Lakes area. Disclaimer: due to delivery problems the floral store link is disabled

To order memorial trees or send flowers to the family in memory of Noreen Sanders, please visit our flower store.