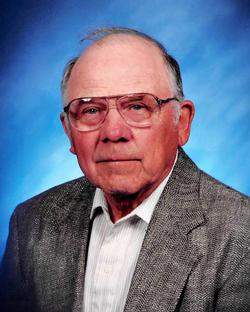 Ray was united in marriage to Lorna Radel at Evergreen in 1946. The couple raised 3 children: Gary, Rodney and Sandra in Frazee.

Ray was one of the first in the area to own a chainsaw. He worked various jobs in construction, running dragline and shovel for Hallett Construction.  He worked in Omaha, NE with his brother, Willard to learn the drywall trade.  He also worked in Spokane, WA for Modern Drywall.  In 1955, Ray started Beck Drywall with brother, Donald.

Ray enjoyed fishing; especially with Lorna, hunting, sightseeing, and blueberry picking. Ray and Lorna were avid square dancers traveling to many conventions and even attended an international square dancing convention in Canada.

Preceding Ray in death were his parents, Bill and Bella; his wife, Lorna; and 5 siblings: Marion, Helen, Willard, Donald and Roy.


To order memorial trees or send flowers to the family in memory of Ray Beck, please visit our flower store.