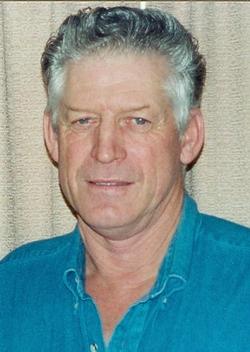 Raymond Johnnie Andersen , age 71, of Frazee, Minnesota, passed away on Wednesday, December 30, 2015, at Essentia-Oak Crossing under the care of the Hospice of the Red River Valley.  A memorial service will be at 11:00 am on Monday, January 4, 2016, at Bethlehem Lutheran Church in Frazee, Pastor Aufdenkamp officiating.  A visitation will be from 5:00 pm to 7:00 pm on Sunday, January, 3, 2016, at Furey Funeral Home, with a prayer service at 6:30 pm, and will continue one hour prior to the memorial service, at the church, on Monday.

Raymond was born on December 14, 1944 to Christian and Anna (Casebeer) Andersen in Waubun, Minnesota. He grew up on the family farm and attended Waubun High School.  He was drafted into the U.S. Army in 1966 and served his country during the Vietnam War through 1968.  He achieved the rank of staff sergeant and was awarded the Bronze Star in 1967.  He was united in marriage to Beverly Safar on June 28, 1969.  Together they moved to the Twin Cities, where he worked as a carpenter.   In November of 1971 they purchased farm land near Frazee and, with the help of friends and family, built his own home.  He continued to work construction until he started work with the Frazee Coop, which he managed from 1991 until its closing.  In 1999 he went to work for Snappy’s and worked there until his retirement in 2010.


He spent his retirement enjoying time with his children, watching his deer, wood cutting, and tinkering on the farm.


He is preceded in death by his parents, Christian and Anna; brothers, Kenneth, Leonard, Wilfred, and Ronald; sisters, Irene Andersen, Lucille Haverkamp, and Leona Pederson.
To order memorial trees or send flowers to the family in memory of Raymond Andersen, please visit our flower store.