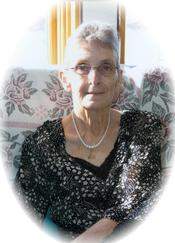 Rhea was born April 22, 1947, to Herman and Lois (Schroeder) Daehn in Davenport, Iowa. She graduated Wheatland High School and continued working on her parent's farm until her marriage to Ernie West on May 16, 1970. The couple resided in rural Dent, MN, where they enjoyed their home on Dead Lake. They were very active with the Dead Lake Association and numerous sports car clubs in three different states. Rhea also worked for over a decade with the US Department of Agriculture.
Rhea enjoyed spending time with her family and friends. She loved crafting, sewing, reading and cross-stitching. Rhea also enjoyed all of the pleasures of living on Dead Lake.

Rhea was preceded in death by her father Herman Daehn; and sister, Karen Brophy.

To order memorial trees or send flowers to the family in memory of Rhea West, please visit our flower store.