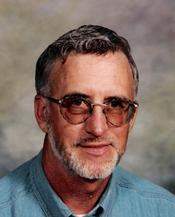 Robert W. Fick, 70, Vergas, MN, died Monday, February 21 at his home surrounded by his loving family and under the care of Hospice of the Red River Valley. Funeral services will be 11:00 AM Friday, February 25 at St. Paul's Lutheran Church at Loon Lake, rural Vergas, Reverend Robert Hinckley, officiating. Interment will be in St. Paul's Lutheran Cemetery with Military Rites provided by the Lake Region Veterans Honor Guard.

Friends may call 4:00 - 7:00 PM Thursday with a prayer service at 6:30 PM at St. Paul's Lutheran Church at Loon Lake. The visitation will continue 1 hour prior to the service at the church on Friday.

Robert William Fick was born February 18, 1941 to Robert Herman and Elsie Amelia (Eidahl) Fick at his parent's home in Dent, MN. Due to a misdate on his birth certificate that was not corrected, his legal birth date was changed to February 2, 1941. He was baptized March 9, 1941 and confirmed June 19, 1955 at Immanuel Evangelical Lutheran Church in Dent, MN. Bob is a 1959 graduate of Perham (MN) High School. He served with the US Navy as an aviation electrician stationed in Corpus Christi, TX until being honorably discharged in 1963.

Bob was united in marriage to Phyllis Amelia Hultin, September 19, 1969 in Detroit Lakes. They lived in Detroit Lakes for 30 years, with his job as a Journeyman Sprinkler Fitter taking him on the road during the week as his work territory included Minnesota, North Dakota, South Dakota and Wisconsin. He was a member of Zion Lutheran Church in Detroit Lakes, sang in the church choir, was an usher, and served on the church council. Following his retirement, they moved to West Loon Lake near Vergas where he became a member of St. Paul's Lutheran Church at Loon Lake, served as a church trustee and sang in the Praise Choir and quartet.

Bob enjoyed God's nature surrounding him, especially while playing golf, curling and mowing in the summer.

Survivors include his wife, Phyllis of Vergas, a daughter: Kari Potrament of Perham, MN, 2 sons: James of Vergas, Robert "Tony" of Bloomington, MN; 2 grandsons: Ian and Shane; 3 granddaughters: Amelia, CarleeAnne and Audrey; a brother: George (Mary Ann) of Vergas and a sister: Kathleen Shields of Perham, MN, numerous nieces and nephews. He was preceded in death by his parents, a brother, James and a sister, Dorothy.

To order memorial trees or send flowers to the family in memory of Robert Fick, please visit our flower store.